Smartphone-powered headsets such as Google Cardboard and Samsung’s Gear VR have been admirable temporary introductions to the medium of modern Immersive Virtual Reality. But as the technology gets better over time, more resource-intensive Immersive VR experiences –  specifically games – will finally make it into consumers’ homes.

For start-up Tesla Studios, though, pulling on a headset and grabbing a controller just doesn’t seem quite immersive enough. This is why Tesla Studios is developed the Teslasuit, a full-body haptic feedback ensemble for putting you firmly and truly in the game. 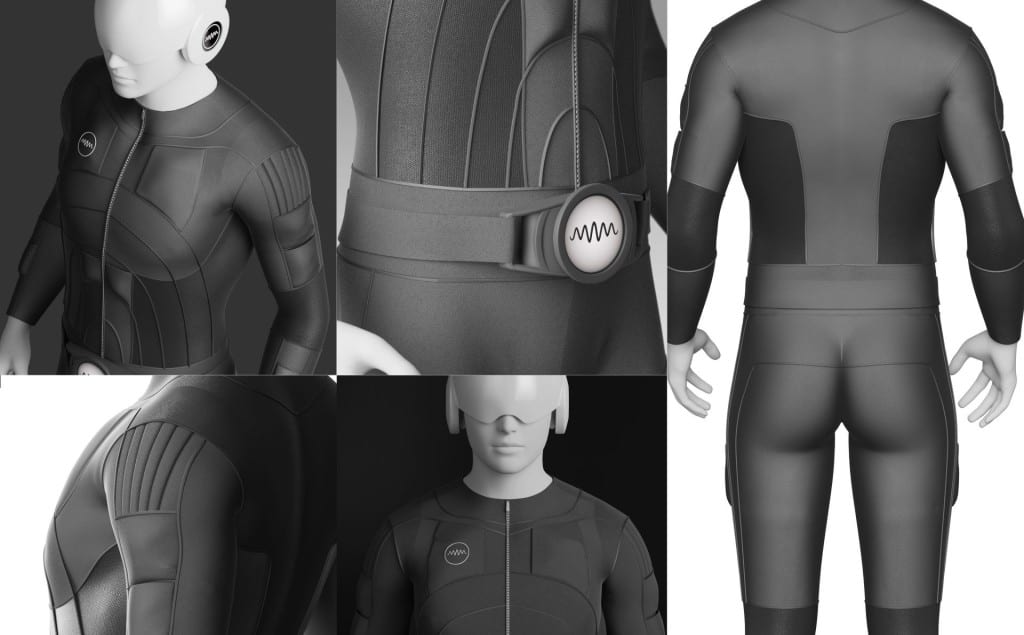 Immersive VR promises to be something of a next step in entertainment, so it’s not shocking a variety of companies are jumping on the Immersive VR bandwagon early. Many are looking into ways of adding a bit more “reality” into proceedings, whether it be through controllers or feedback devices. Haptic feedback devices could make the virtual world tangible in a way a simple gamepad vibration can’t.

The Teslasuit is as ambitious as any of the Immersive VR projects, and more than most. It will come in two models:

The washable, neoprene two-piece is interlaced with conductive thread that tricks the senses using neuromuscular electrical stimulation. To complete the the Immersive VR Teslasuit, the T-Belt contains the brains, Bluetooth radio and a battery that “could” drive the suit for up to four days with moderate use. 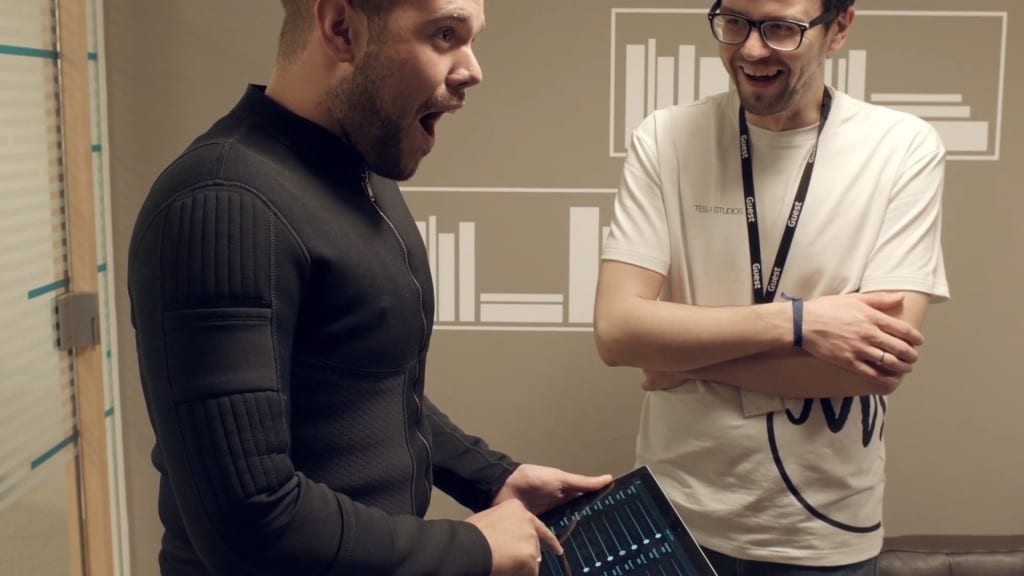 By lightly zapping various points all over your body, the Teslasuit creates “a range of tactile sensations.” With different strengths and durations of impulse, it’s pitched as being able to mimic anything from basic interactions with objects in the virtual world to the impact of bullets and explosions — even in-game weather can be translated into electrical stimuli, with optional temperature control modules for added effect. The Teslasuit includes a piece of haptic editor/player software in which to create pre-programmed stimulation routines, as well as an Immersive VR paintball game, as an added bonus. Beyond gaming, there’s also a “virtual meetings app” that allows you to touch and be touched by avatars.

Consumer VR is still in its beginning infancy, and the likelihood of developers going out of their way to support the Teslasuit accessory in their games and other experiences might be a tall order. In the future, there will almost certainly be opportunities for value-adding VR peripherals that excite developers.