When the Inspire 1 Drone was first announced by DJI, it was a great step in innovation compared to anything else in the Drone market at the time. The ability to stream live HD video right to your smartphone from a distance of over a mile away, while also recording in 4K was — and still is — something that no other company offers in a completely ready-to-fly option such as that of DJI and there premium Drones.

However, when looking at the price of the Phantom 3 and the Inspire 1 Drone, it almost makes you think why anyone would want to spend over $3,000 on an Inspire 1? The Phantom 3 Drone is the result of DJI taking everything learned from the Phantom and Inspire 1 to make something that really performs remarkably.

Even though the Inspire 1 and Phantom 3 both have the same camera sensor and lens, there is one very big difference between the two drones; and that is that the Inspire 1 Drone camera is upgradable. Since the release of the Inspire 1 Pro and the Inspire 1 Raw, there are now three different camera options for the Inspire 1 Drone. You can go with the X3, the new X5, or even the X5R if you have the funds. In other words, the Inspire 1 gives you the option of going with a consumer level camera like what’s on the Phantom 3 (X3), a prosumer camera with video quality like the Panasonic GH4(X5), or a cinema camera that shoots 4K Raw for use in top quality productions with the (X5R).

Along with this option, there is the advantage of being able to fly the Inspire 1 Drone while having someone else work with the camera. If you have a friend or colleague who doesn’t know how to fly a drone for example, but knows how to film, they can operate the camera effortlessly while you enjoy focusing on the actual flight itself.

Additionally, the Inspire 1 is large; actually a lot larger than the Phantom 3 Drone. With that weight comes an immense amount of power. The DJI Inspire 1 Aerial Drone can pump its propellers to reach speeds of close to 50 miles per hour. That’s 15 miles per hour faster than the Phantom Drone series, which tops its max out at 35 MPH. The Inspire 1’s maximum speed makes it enter into a new generation of drone filming.

Even with all that speed and power, the Inspire 1 is just as easy to fly as the Phantom 3 Drone, but it’s bigger and more dangerous. With much larger motors, propellers and a 6 cell lipo battery, the Inspire 1 Drone is extremely fast, agile, stable and can handle higher wind speeds without sacrificing video quality.

This doesn’t take anything away from Phantom 3 Aerial Drone. It flies great, in fact, you probably wouldn’t notice the difference between the Inspire 1 and the Phantom 3 Drones just by hovering. With the new motor design and optical flow stabilization by DJI, it’s going to feel almost seamless to fly these Drones. 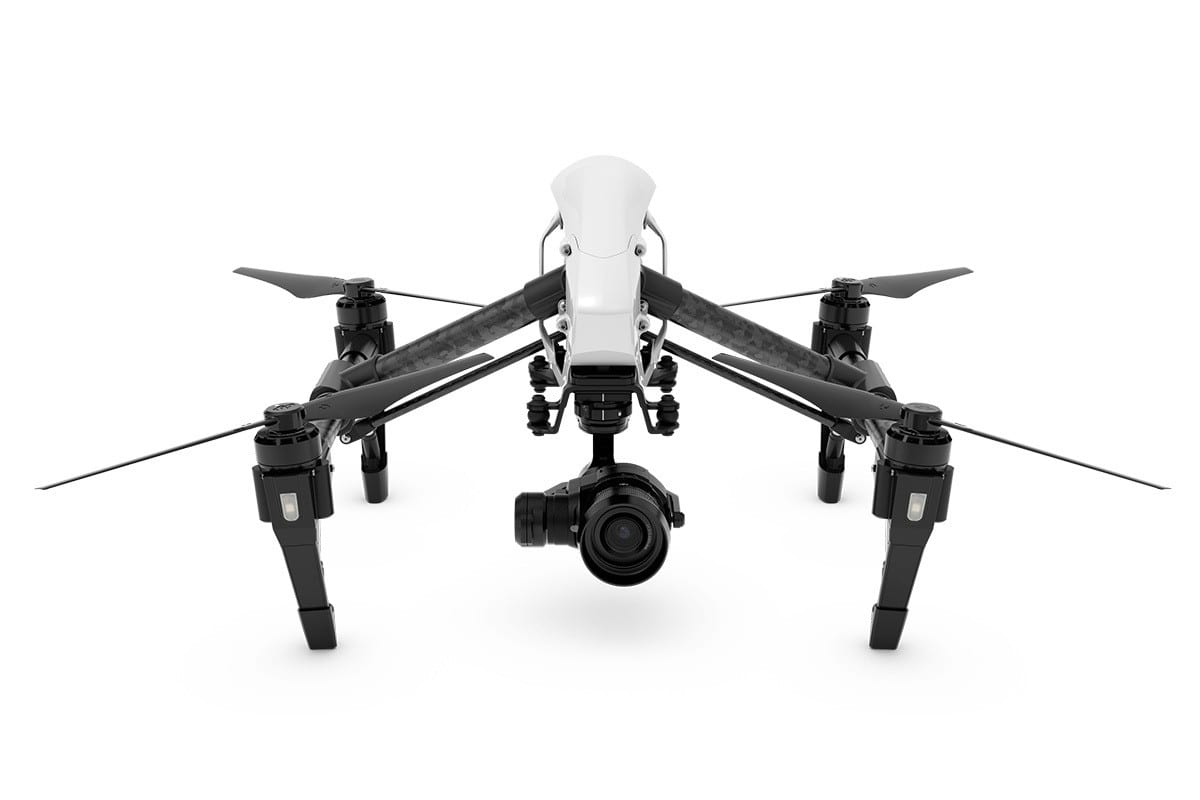 You may think that the transforming design of the Inspire 1 is just so that you can rotate the gimbal around without seeing the arms, but it actually has another advantage when the camera is pointing forwards.

Propellers are your worst enemy when it comes to aerial video. Have you ever wondered why some drone footage is cropped to a wide aspect ratio? Usually, Phantom pilots will tend to either crop their videos, or fly backwards. This is done because the propellers occasionally show up at the top of the screen and mess up shots (especially when flying forwards).

Because of the transforming design, the Inspire 1 Drone quite frankly doesn’t have this problem in most situations. When hovering or going backwards, you can even look up without seeing the propellers at all. This really allows you to shoot in different ways that can make your Aerial Drone videos have a competitive edge and stand out from everything else out there.

The Phantom 3 is at an affordable price and it shoots amazing video, but if you’re looking for something to use as a professional video tool and you want intangible performance, the Inspire 1 Drone is the obvious choice.