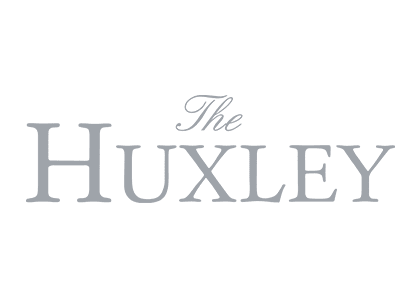 The Huxley DC Nightclub flew Invision Studio across the country to create two separate Nightclub Virtual Tours of the same lounge/nightclub for different uses. One of the Club Virtual Tours was to be posted on their main website for the regular club goers and clients. The other 360 Tour was to be used for corporate bookings so that the potential client could view the venue as if they were there and make their venue decision while also being able to plan their event by visualizing the space.

In an attempt to provide a desperately needed alternative to the uniquely apathetic Washington DC nightlife scene, The Huxley offers a stylishly sophisticated hospitality venue just south of Dupont Circle. Spaciously boasting 4,600 square feet of beautifully ominous event space, The Huxley is a sinfully sweet cocktail of most high-profile hotspots in New York City, Las Vegas, and Miami. Complete with a sense of showmanship and customer service that is both unmatched and unforgettable, The Huxley plays nightly host to corporate and private party events, as well as Washington’s pretty and powerful.

How Invision Studio helped their Nightclub

Eric Lund and Ryan Seelbach saw an opportunity to create something in Washington DC that was unique and special in a nightclub market that desperately needed it. They poured their hearts and creativity into The Huxley DC and were able to achieve their vision, yet still needed a way for others to be able to see what their vision had become in a way that was also unique and special, so they decided on a Nightclub Virtual Tour. They also wanted the viewers to have a way to view their DJ lineup, book VIP tables and view their 360 Tour, so they searched for the perfect solution and found Invision Studio from a Virtual Tour they saw of one of Las Vegas’ hottest nightclubs.

After searching for the best Nightclub Virtual Tour Company to fulfill their needs, The Huxley DC Nightclub found Invision Studio in California and without hesitation flew us across the country in order to create the Interactive 360 Tours that they needed to fulfill their vision. We shot each part of the nightclub in two completely separate styles in order to create a Virtual Tour that would be used for the Nightclub Goers and a Virtual Tour that would be used for their corporate event clients. The Nightclub Virtual Tour was shot with “party” lighting and had all of the Nightclub Virtual Tour features built in such as VIP booking, DJ lists, and Cocktail Menus. The Corporate Events 360 Tour was shot with lounge style, upscale lighting and was stripped of the additional features so that the viewer could get a good view of the venue for decision making and planning of their corporate event. We were able to satisfy both of the needs of the client and created two incredible Virtual Tours for one incredible venue.

“Fantastic service and very professional. I highly recommend this to any hospitality venue and real estate business. Very effective for driving sales. Thank you Invision Studio!”